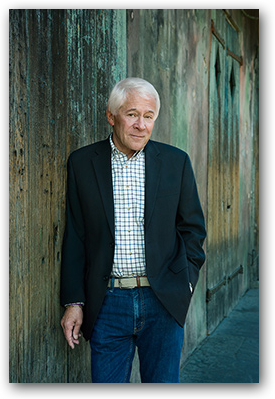 USA Today bestselling author Don Bruns is the author of three mystery series. His first novel, Jamaica Blue was championed by author Sue Grafton and became the cornerstone for his Caribbean series. His second series, the Stuff series, involves two twenty-four year old private detectives in Miami. The books have been praised for their humor, their compelling story lines and the characters. A starred review in Booklist compares the novels to Mark Twain's Huck Finn.

Bruns's newest series, the Quentin Archer mysteries, involves a New Orleans homicide detective and a voodoo practitioner who team up to solve crime in the Big Easy. Read about the series here.

Traveling the country as a guitar playing comic, Bruns worked the Playboy Circuit, Las Vegas, and a number of night clubs across the country. As a writer, he has traveled the country for book signings, signing twice at the Playboy Mansion.

Bruns is a musician, song writer, advertising guru, painter, cook, stand-up comic and novelist who has no idea what he wants to be when he grows up.