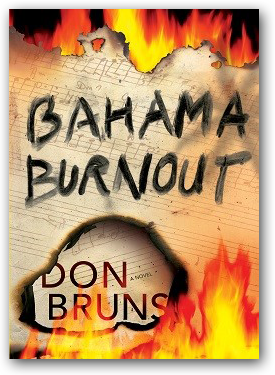 For rock and roll writer Mick Sever, another story, another deadly island paradise is all in a day's work. This time, Mick heads to Nassau, Bahamas, home of the legendary Highland Studio. Known for pumping out hits that burn up the charts, Highland is where the magic happens-or rather, where the magic happened until a devastating fire destroyed the entire studio. No one knows how the fire started, who started it-or whose body was found among the charred ruins.

Sent to get the inside story on the opening of the new Highland Studio, Mick finds this is hardly the Phoenix-rising-out-of-the-ashes story he expected. Some say the studio's haunted, some say it's cursed, but one thing is for sure: someone—or something—wants to stop the music. A smashed guitar and erased tracks send a subtle warning, but murder? That's an entirely different tune. If Mick doesn't act fast, Highland Studio, along with everything and everyone in its path, could go up in smoke. It's not always better to burn out than to fade away.

Combine all ingredients except dark rum in a blender with 2-3 ice cubes. Pour into a wide-mouth glass. Put rum in brandy snifter and lay snifter horizontally over wide mouth glass. Light rum with a long match or torch, slowly rotating snifter as volcano of flaming rum pours into wide-mouth glass.

Sun, sand, and a psychopath. It's a deadly mix. Rock and roll journalist Mick Sever is back with a new assignment: interview music legend Danny Murtz. One of the most successful producers in music history, Danny Murtz has walls lined with gold and platinum records—and a closet full of skeletons.

Known for producing an unblievable string of hits, Murtz is also tied to a string of disappearances. It seems a number of Murtz's romanitc conquests have vanished into thin air. After his latest incident, Murtz conveniently retreats to his secluded St. Barts villa.

Before Mick Sever can hop a plane to the island paradise, he's nearly run over by a speeding car. Coincidence? Maybe, but hitmaker Danny Murtz and near misses seem to go hand in hand.

Murtz's stay in St. Bart isn't quite the relaxing vacation he'd hoped for. When he begins receiving anonymous threats implicating him in a number of crimes, Murtz gets the message loud and clear: someone is trying to bring him down. Fueled by a steady stream of drugs and alcohol, and ravaged by mounting paranoia, Murtz begins to unravel. In Murtz's muddled mind, everyone is suspect—even his long time secretary Nancy and attorney/manager/chief cleaner-upper Harvey Schwartz. And Mick Sever's quest to get to the bottom of the story puts him at the top of Murtz's hit list.

If Danny Murtz has his way, Mick Sever will only need a one-way ticket to paradise. Because if Mick isn't careful, his next column will be an obituary—his obituary.

Add ingredients with a bit of ice in a blender. Blend and then strain into a cocktail glass. Garnish with a strawberry. 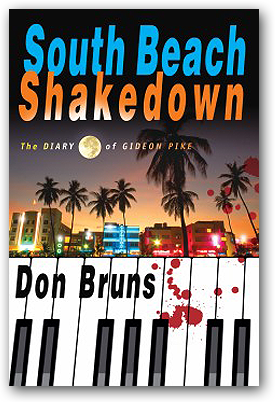 When you're looking for a lost person, looking in Miami, Florida can get you killed. As entertainment journalist Mick Sever and his ex-wife Ginny try to find their friend, pop-music star Gideon Pike, they soon realize he doesn't want to be found. Pike's career, his business associates, and his fortune are all being held hostage by a Korean mobster named Jimmy Shinn, who is blackmailing the singer/piano player.

The steamy underworld of Miami, with its excesses, crooked cops, strip clubs and murder all comes into play as Sever and his ex-wife try to find Gideon Pike and save his life. In the meantime, they risk losing theirs.

Billions of dollars are at stake in fast-paced South Beach, and when those kind of dollars are in play, the stakes are high. The Severs never give up on the hunt, and enlisting the help of some colorful locals, they search for the singer and the story, finding that you should always be somewhat careful of the people you put your trust in.

Fill with Pineapple juice and a splash of grenadine Garnish with a slice of pineapple, cherry, and umbrella (recipe courtesy of Mango's Tropical Cafe on South Beach) strain into tall glass 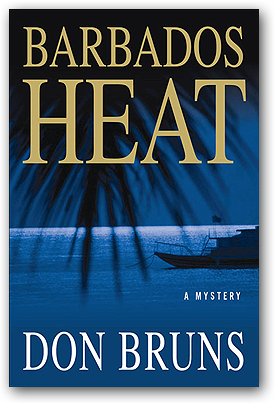 Congressman Robert Shapply is no saint. A former music insider who fleeced his clients for millions, he now leads the crusade against offensive and violent rap lyrics. When he is attacked and murdered in front of his Adams Morgan home , the list of suspects—from former clients to current headliners—is endless.

But the killer might be closer to home: Police arrest Shapply's son and charge him with murder.

For music journalist Mick Sever, covering this case is personal. Mick, a former client of the congressman and best friend of the accused killer, knows the case isn't quite as simple as it appears. He believes his friend's claims of innocence and sets out to prove them. With the help of his ex-wife and an old friend, Mick must penetrate the bizarre Shapply family—the icy matriarch, Alicia, the disturbed daughter, Amber and the minister brother-in-law—to find the truth.

From Washington, D.C. to Sarasota, Florida and Barbados, rock and roll journalist Mick Sever follows the leads, trying to prove the innocence of his former childhood friend. Threatened by unknown assailants and dangers at every turn, Mick becomes the hunted as the killer turns the tables in a stunning climax. 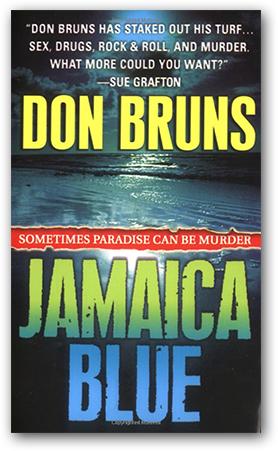 When successful and charming rock journalist Mick Sever goes to Jamaica to see the "next big thing," a reggae/rap band with a flare for hypnotic beats and violent lyrics, he finds that there's more than just sun, sand, and music on the island of Jamaica. Danger, lies, sex, and murder abound in the tropical paradise.

Led by front man Derrick Lyman, a talented and captivating performer with a radical political message, the band seems set for instant stardom. But then a young girl is savagely murdered at an after-party celebrating the band's first American concert in Miami. Roland Johnson, the band's security guard, is caught with a knife in his hand at the crime scene. Roland is arrested and charged with murder. For all involved the case is closed—all except Mick Sever.

Sever, a relentless and charming sleuth, isn't convinced that the simple guard is the cold-blooded killer everyone thinks he is. Stories of other murders and violence that follow the band lead Sever to believe there is more to the story than meets the eye. Threatened by the band, the police, and dangerous unknown assailants, Sever, with the help of his beautiful and intelligent ex-wife Ginny, is determined to learn the truth.

In the world of music, with double deals, beautiful women, and sexy sounds, nothing is as it seems. Set against the exotic backdrops of Florida and Jamaica, this is an edgy, atmospheric, edge-of-your-seat mystery that will keep you guessing right up to the shocking ending.