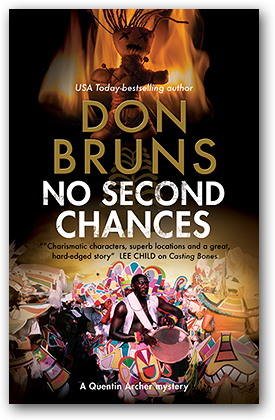 One of Quentin Archer’s fellow officers has been shot dead in broad daylight, in his own squad car. A random cop killing . . . or something more sinister? With no leads to go on, Archer turns to voodoo queen Solange Cordray for help. But is he prepared to take her advice?

As Archer uncovers some surprising facts about the dead man’s past, there is another murder. With the simmering racial tensions in the city threatening to escalate into outright violence, Archer begins to suspect there’s far more to Officer Leroy’s killing than he’d first supposed. Could it be part of a carefully-orchestrated plan of revenge . . .? 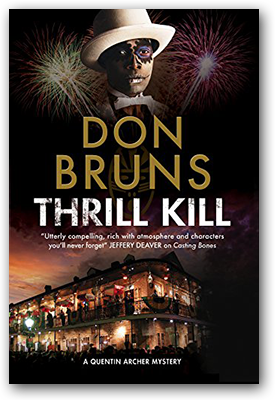 Three murders so far. No apparent motive; no link between the victims; none of them have been robbed. One item ties them together: a can of spray gas known as Chill has been left at the scene of each crime. Is someone killing for kicks? With no leads to pursue and no witnesses coming forward, all the cops can do is wait for murder number four.

As rumours emerge, Archer realizes there's a pattern taking shape. Could there be more to these seemingly random killings than meets the eye? Teaming up with voodoo queen Solange Cordray, Archer begins to uncover evidence of a shocking conspiracy. 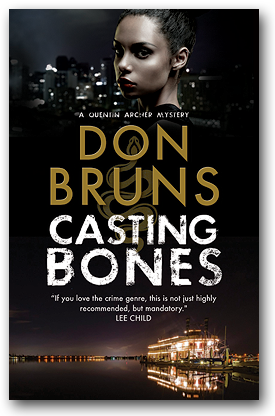 When a prominent New Orleans judge is brutally murdered, former Detroit cop Quentin Archer is handed the case. His enquiries will lead him into a world of darkness and mysticism which underpins the carefree atmosphere of the Big Easy. Interrogating crooked police officers, a pickpocket, a bartender with underground contacts and a swamp dweller, Archer uncovers some troubling facts about the late judge's past. But it's only when he encounters a beautiful young voodoo practitioner that he starts to make headway in the investigation.

Voodoo queen Solange Cordray volunteers at the dementia centre where her mother lives. When she starts reading the mind of one of her patients, she learns that a secretive organization known as Krewe Charbonerrie may be behind the murder of the judge. And the second murder. And the third . . .

"As hot and steamy as a Louisiana night, this series debut hits all the right notes with the evocative Big Easy setting, colorful and memorable characters, and a smartly twisty plot."
—Library Journal

"Even if there seems no room left for the unexpected, Bruns still has one last surprise up his sleeve. Combines honest detection, an unlikely romance, and headline-driven paranoia."
—Kirkus

"Bruns' intriguing novel has a nice sense of the creeps!"
—Booklist

"Bruns brings the chaotic frenzy of Mardi Gras to life...what starts out as a search for a serial killer loops into something even bigger, more sinister and far reaching."
—Publishers Weekly

"Charismatic characters, superb locations and a great, hard-edged story...Bruns is a crafty pro, and every ounce of his skill and style is packed into Casting Bones. If you love the crime genre, this is not just highly recommended, but mandatory."
—Lee Child

"Casting Bones finds author Bruns at the top of his game....utterly compelling, rich with atmosphere and characters you'll never forget. And I can't think of a better portrayal of the most exotic city in America: New Orleans."
—Jeffery Deaver