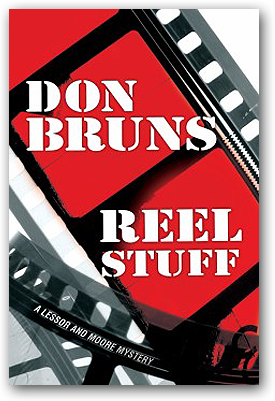 Is it suicide or murder when Academy Award winning actor Jason Londell leaps to his death during the filming of a TV show in Miami? Londell's actress girlfriend hires private investigators James Lessor and Skip Moore to investigate. They uncover a plot loaded with twists and fueled by money and greed. The case sends James, Skip, and Skip's girlfriend Emily to Los Angeles where the blonde beauty goes undercover in Hollywood and is "discovered" by a talent agent. The normally level-headed Emily gets carried away by the dream of a career in pictures, but true to the cause of the case, she works with the guys to bring down the killer. Caught up in the world of movies, actors, actresses, and Hollywood, the trio finds that it really is the land of make believe—but murder is still the real thing. 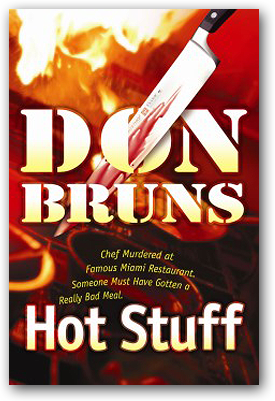 "Did you know that 40% of all murders are done with a kitchen knife? And you don't need a license for one of those."

An attractive sous chef at the famous L'Elfe is murdered and half of the employees are suspect. Lacking confidence in the police to solve the murder, Chef Jean Bouvier seeks a quicker solution. He hires private eyes James Lessor and Skip Moore to go undercover and discreetly investigate his restaurant staff. But their investigation turns up far more than they bargained for. Skip's girlfriend, Emily, confesses that the murder victim and she had been close friends at one point in their lives and had shared a very dark secret. But Emily refuses to elaborate, building a wall of defense between herself and the two young detectives. The more James and Skip investigate the background of the victim and the people she knew, the more they are convinced that this shared secret has far-reaching implications that may lead to the motive for the murder. The closer they get to the answer, the more desperate someone is to stop them. 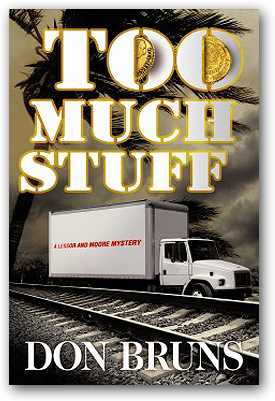 It took Henry Flagler years to build a railroad to Key West. It took thirty seconds for a hurricane and a twenty-foot tidal wave to destroy it. Five hundred people were killed in that violent 1935 storm, and many more were missing. Among the unaccounted for was a finance director for the East Coast Railway, Mathew Kriegel, who had loaded one and a quarter million dollars in gold on a train that very morning. The man and the gold were never found.

Newly minted private investigators James Lessor and Skip Moore have just been hired by Kriegel's great-granddaughter to help her search for the lost gold. And she many or may not have the map that leads to the treasure.

Fighting off competitors, scuba diving, digging in a spooky cemetery, and almost getting killed in the proccess is just part of their job. Come along for the ride, but watch your back. It's a very dangerous mission, and don't count on James and Skip for help. They can barely take care of themselves. 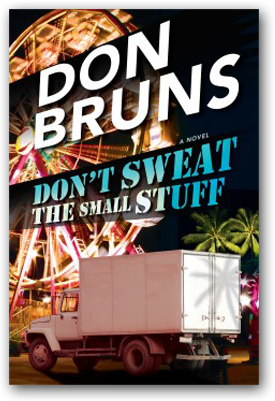 It's official: stumbling, bumbling James Lessor and Skip Moore are licensed private investigators. Now, that's some scary stuff. It could take time to get More or Less Investigations off the ground, so James takes a job with a traveling carnival show. But this show has a dubious reputation, having had a string of accidents and at least one death in the past year.

When they're hired to investigate what's caused the carnival chaos, James and Skip set into motion a dizzying, roller-coaster chain of events.

After a terrifying trip on the Dragon Tail ride, a not-so-fun dust-up in Freddy's Fun House, and a host of threats, James and Skip realize they'll get anything but cooperation from this cantankerous cast of carnies. But when a carnival worker is murdered, James and Skip will have to act fast . . . because they might be next in line.

For James and Skip, the only thing sweeter than the smell of corndogs and fried dough will be the sweet smell of success—but in this case, 'success' means getting out alive. When this investigation goes completely off the rails, and James and Skip will be in for the ride of their lives.

Stuff to Spy For 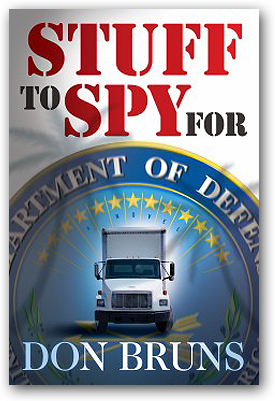 Best friends James Lessor and Skip Moore are still stuck in dead-end jobs, still living in their ratty apartment in Carol City, Florida, and still dreaming of hitting the big time. It seems those dreams are finally within reach when James lands a job to install a state-of-the-art security system for Synco Systems. There's a huge commission—and plenty of strings-attached. To collect on the cash, James will have to provide 'additional services' by assuming the role of pretend boyfriend of Sarah Crumbly, an employee who's having an affair with Sandler Conroy, Synco's married president. When Sandler's wife offers James a tidy sum for the dirty details about what's going on at Synco, James and Skip resurrect their entrepreneurial dreams and go into the business of being spies. The spymobile—their beloved, rattletrap of a boxtruck—is on its last legs, and they'll have to spend a small fortune on spy equipment, but there's no business like spy business. In this spy game, James and Skip may be the ones who get played—or worse.

Stuff Dreams are Made Of 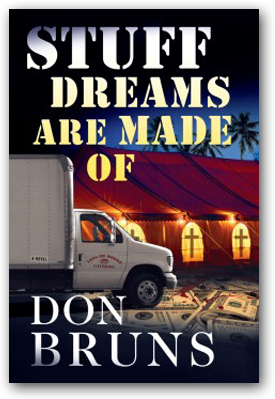 James Lessor, Skip Moore and their white box truck are back. And when Reverend Preston Cashdollar and his traveling tent revival come to town, James and Skip reinvent themselves—as Holy Rollers.

Rest assured: James and Skip aren't seeking salvation; they're seeking the Almighty Dollar. After all, Cashdollar's prosperity gospel draws thousands of people with open minds—and open wallets. After some minor modifications to the truck, Less or Moore Catering is ready to roll, and the entrepreneurs are born again, intent on making a mint by selling meager meals to the hungry masses.

As James and Skip become entrenched in the Cashdollar culture, they start to realize that this good reverend is nothing but bad news. Cashdollar may preach about seeing the light, but his organization has a dark side of greed, power, curruption and murder.

When James and Skip see something they shouldn't, their meals-on-wheels venture is about to become hell on wheels. The love of money may be the root of all evil, but the stuff dreams are made of could be James and Skip's worst nightmare. As James and Skip seek the truth, they'll either need to keep the faith or run like the devil!

Stuff to Die For 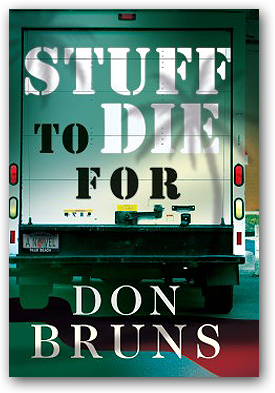 Chasing the American Dream could leave you running for your life. Best friends James Lessor and Skip Moore are hardly on the fast track. While James works as a line cook at Cap'n Crab, Skip spends his days selling—rather attempting to sell—security systems to people who have no money and have nothing they care to protect.

James and Skip aren't upwardly mobile, but they're about to get literally mobile when James spends a surprise inheritance on a white box truck. An investment in the future, he surmises, as these two are starting a business. Moore and Lessor, or Lessor and Moore. Have Truck Will Haul.

But the fledgling business takes a shocking turn when James and Skip unload the contents of their first moving job and find some unexpected cargo—a bloody human finger.

As James and Skip scramble to stay one step ahead of the perpetrators of a gruesome crime, they'll learn that there is some stuff you should never touch—and some stuff to die for in this witty, gritty mystery about big dreams, big ideas—and big trouble. 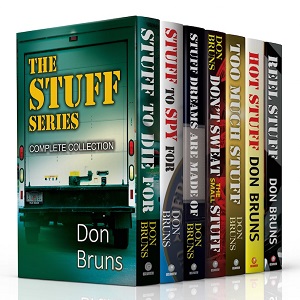 Don's entire Stuff series is available on ebook for $13.99.
All seven books!